23.05.2019
Gallery
Chelouche Gallery
Curator: Shir Meller-Yamaguchi
According to the French scientist Lavoisier “Nothing is created, nothing is extinguished…” (Antoine Lavoisier, Traité élémentaire de chimie (Paris: Chez Cuchet, 1789)) . However, we are bound by ideas of construction and destruction, clinging to the one and fearing the other. Actually, the process of disintegration, in which form is freed of a given body and returns to the void, is already potentially inherent in every substance and in every form. Tal Amitai-Lavi and Amir Tomashov draw our attention to the perishable nature of existence – a chronicle of a destruction foretold.
Read more > 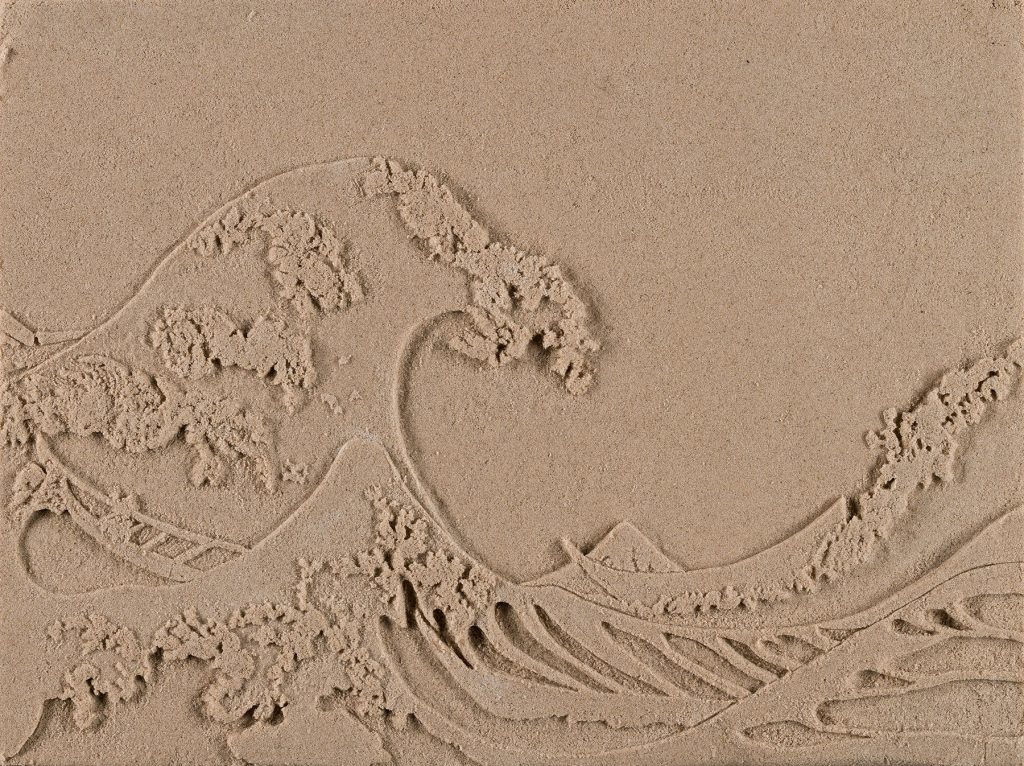 According to the French scientist Lavoisier “Nothing is created, nothing is extinguished…” (Antoine Lavoisier, Traité élémentaire de chimie (Paris: Chez Cuchet, 1789)) . However, we are bound by ideas of construction and destruction, clinging to the one and fearing the other. Actually, the process of disintegration, in which form is freed of a given body and returns to the void, is already potentially inherent in every substance and in every form. Tal Amitai-Lavi and Amir Tomashov draw our attention to the perishable nature of existence – a chronicle of a destruction foretold.

The Greek word “Chaos” translates to “the origin of all that exists”. The shifts between chaos and order have been happening both in nature and in human culture since the dawn of age: wars, political and social revolutions, natural disasters (earthquakes, fires and volcanic eruptions). All these seem threatening, destructing and as part of the collapse of the existing order, but in fact, a steady condition never exists, not even for a moment. Disruption, disturbance and destruction are natural transformations that enable change and even recreation.

Themes of disintegration, disasters and collapse have been a significant feature of Tal Amitai-Lavi’s works. They have also determined her choices of images and fragile materials: sand, soda powder or sewing thread. These materials are extremely sensitive, demanding cautious and tender care, thus transforming destruction into an inseparable part of her creation process. Amitai-Lavi collects from the media photographs of natural disasters such as earthquakes, collapsed houses, cut-off electrical wires and fall down trees. She draws every detail of their remains with supreme accuracy using a black thread on a transparent surface. It is as though she is trying to freeze the moment before they will vanish, but the edges of the unraveled threads beside the destructed buildings highlight the human inability to prevent these events.

Another series by Amitai-Lavi is made of thin shreds of baking soda. These were consolidated by glue into a dismantled twig-like texture, resembling a forest or a turn lace texture. The artist cautiously lays down the thin twig’s shreds on top of a black velvet surface, creating a kind of crumbling jewel emphasizing the beauty of the ephemeral by pausing to look at it, a reminder of “Memento Mori”, the perishable nature of existence.

The sand works are the most recent and most challenging. Easily disintegrating, image and background merge one into another. In fact, they are reliefs simultaneously appearing and disappearing in the sand, reminiscent of an archeological excavation in which the artist restored some of the natural disasters. Thus for instance, The Great Wave by Hokusai – the tsunami that threatened to drown fishermen boats – is fading into the crumbling sand. The recreation of chaotic situations in small scales and fragile materials allows Amitai-Lavi to cope with their inherent existential anxiety.

Although trained as an architect, Amir Tomashov sees destruction as inherent to every construction process. Building structures is one of the first characteristics of every civilization and embodies the striving for order, stability and constancy. In one of his books Paul Auster examines the concept of “house”: “At what moment does a house stop being a house? When the roof is taken off? When the windows are removed? When the walls are knocked down? At what moment does it become a pile of rubble?” (Paul Auster, The Invention of Solitude (New York: Penguin, 1982), p. 22.)

Tomashov is presenting here three series that address these questions. In the first he focuses on the foundation stone – the brick, the basic unit of a structure, in which lies an endless potential for him. Supposedly, the brick is just one of many in a pile of bricks – construction leftovers laying one over the other in a mix, with no order or architectural planning. However, the artist’s gentle drawings and paper-cuts make the bricks’ presence airy and almost invisible in space, and manage to salvage the poetic from the mundane. The bricks become weightless and fade into the void. Lao Tzu writes about the space as a main part of the house:

.
The series of cranes is composed of drawings sketched on book covers whose pages were turn, depicting the bare skeleton frame of a building. The construction’s leverage stops when the string that descends from the top of the crane “wishes” to lift the building high above. It is cut in that same wounded spine of the book cover, as though the fate of the future-building was written in these missing pages. Tomashov is pointing to the city as a mechanism that has an unceasing hunger for construction, while destruction already lies at its corner.

Another series in which Tomashov is making post-traumatic models of a destroyed city refer to familiar situations from the painful reality – a war or a devastating explosion. The collapsed buildings are reminiscent of a faded promise – the house as a delusion of safety and constancy. The small scale, the high viewpoint from which we see the model, and the white color inducing a sense of distance to the scenes – all dim the difficulty that is entailed in sights of destruction, and enable one to treat loss as just one other page in history, filled with cities built one on top of each other’s ruins.

…And there is nothing that will remain on its neighbor
there is no base for anything to remain on,
It all begins again… (Jacob Raz, Ibid, p. 29.)