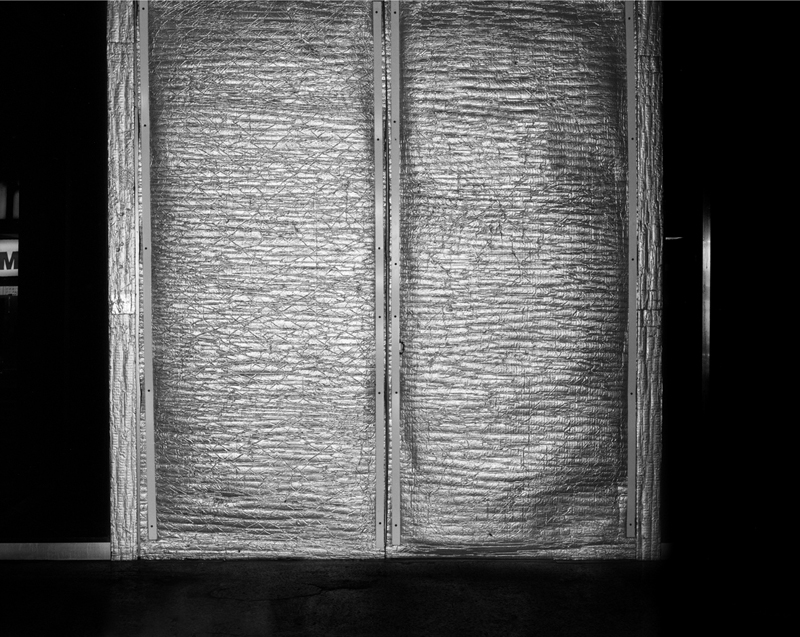 The solutions offered by scientists to this paradox are diverse. Some argue that time travel can only be possible to the future and not to the past, so that there won’t be a paradoxical contravention between the present and the past; others suggest parallel universes that allow the existence of different narratives, even contradicting ones. “Cosmic Censorship Hypothesis” claims that traveling back in time can only be possible to singular points at the center of a black hole, where the laws of physics are not valid and there is no meaning to causality and what happened first. There is an irony to this hypothesis. The universe dictates a cosmic censorship: the scientist who manages to go back in time to a black-hole will never be able to come back and report.

The paradoxical reality of our lives is characterized by frequent attacks on binary thinking (good and bad, life and death, present and absent) and on elemental relations between past, present and future. Our encounters with the fragmented and distorted present have a volume and surplus of past and future. In this structure of temporality and lack of coherence, reality is only a possible (but inessential) form of the appearance of things.

The works of Gaston Zvi Ickowicz, Guy Goldstein, Noa Giniger and Tomer Sapir, four artists who employ various media and materialistic languages, raise questions regarding the ability to think in terms of causality, linear time-line, and clear, unequivocal reality. Through acts of dismantling, blurring, imitating and distorting, the works challenge the possibility of continuous coherent presence. These actions and the discussion in terms that suit the fragmented present provide the necessary spring board to envision the ways in which one can resist the hegemonic narrative, the “official story”.

The inconsistent present, insular from a linear narrative, is realized in Noa Giniger’s work Recalculating Route (2008 – on going) (www.recalculatingroute.info). Every day she posts on a website the headline of her daily horoscope. With each entry there is an intimate encounter with a sentence which is so general that it becomes personal and holds a potential for every reader to identify with it. The sentences published on the site are arbitrary. Each sentence is isolated from its context, with no access to the previous sentences and no opportunity to take a glance at future ones. Now, in what seems like an escape from the arbitrariness of the internet and the severance of these encounters from the timeline, one of these sentences appear on the gallery wall: Complexity is a Result of Conflicting Desires (2010). However, it is an intuitive and emotional selection of a sentence that instead of being an anchor, its content only sharpens the Complexity of a conflicting non-coherent reality.

In the center of Tomer Sapir’s work Scleroderma (2008-2010) stands the image of a sand castle. Scleroderma is a disease whose symptoms can be induration and contraction, a kind of petrification of the biological tissue. The disease can be local, or it can slowly expand throughout the body. The building process of familiar sand castles is intuitive and playful and the outcome always exists under the threat of destruction and devastation. When concrete is used for building castles, the process is decelerated and is made in multiple stages. Each stage comprises values of randomness and fortuity, but the whole succession of the common building process is severed. The concrete petrifies the iconic sand castle, pretends to freeze the time from moving and fails when it creates an almost taxidermic simile.

A similar complexity is present in Guy Goldstein’s installation Timetable (2010). Goldstein spreads dismantled radio mechanisms that transmit simultaneously various radio stations in a specific time and place. The result is some kind of noise, rustle in which no narrative defeats the other. There is no beginning and no end. Instead of a single origin, there are myriad trails of the past. Instead of a particular ending, there are various ends and abscissions. We are consistently between an estimated/imagined beginning and one of the possible end points. In spite of this, from different points it is sometimes possible to isolate specific stations and hear clearer voices. When the news is broadcasted, every hour, some of the stations unite and create stronger narratives that overpower the noise (the voice of Israel, Galei-Zahal – military radio station).

Unlike Goldstein who traces the presence of the absent, in the photographs from the series Dry (2007-2008), Gaston Zvi Ickowicz attempts to find clear answers. For that, he refers to the centers of powers and the rules of nature. Like Ickowicz’ other works, this work begins from the specific, limited, intriguing occurrence that the artist encounters randomly. After the first encounter, he explores, classifies, maps and photographs a series that may lead to a rational model which is always valid. However, the failure is self-evident. Instead of answers, Ickowicz is faced with ridges and boulders that conceal a squally desert and unexpected nature, and with locked gates, that function like the un-accessible Kafkaesque castle on a hilltop. When trying to return from the general models to reality, we find that the confusion and haphazardness of the beginning are abiding. The need for localization of outlines and indication of borderlines between “things” is designated to serve as a substitute for an anchor, but Ickowicz’ encounters lack any anchor; they always start in the middle and are always within an interpretive process.

Indication and defacement of the outlines are also present in Sapir’s work. In Chloé 1-3 (2009), Sapir deals with the duality of temptation and alienation. What starts as a joke and an attempt to imitate three archetypes of women in Chloé perfume campaign turned into a seductive trap. At the same time, it reveals the gap between reality and the way in which Sapir grasps it: the seductive image is replaced with one of a pathetic man imitating seductive women. This gap is accentuated by his technique of using two layers of transparent grease-proof paper. The two layers unite without transforming into a hybrid. Yet, the boundaries between them are visible, though sometimes it is hard to separate Sapir’s image from those of the campaign.

In Giniger’s work Catching (Day) Light (2005) there is a perceived tension between existence and essence. In a pseudo-scientific experiment, by using a mirror she “catches” a sunbeam that penetrates through her house window and directs it to the ceiling, toward the center of a plaster medallion that is meant to decorate the joint of the ceiling and a chandelier. Giniger “captures” this moment and tries to stabilize it, when she actually loses it rapidly, as the sun changes its position. In this way, she succeeds in capturing the essence of the lost beam. Thus, in the absence of sunlight at the exhibition space, as the gallery is located in a cellar, the work inserts the only sunlight to the space.

Sapir’s work Overturned Cryptid (2008) exhibits a sculpture of a Cryptid – a living creature whose existence has never been proven. This creature is inverted. Its shell is taken from a pre-historic era, and in the center of its soft belly there is a human rectum. This unnatural inverted positioning creates a tension between a catastrophe that might have occurred and a catastrophe that may occur soon, as the vulnerable side of the creature is revealed. This work bares tensions between interior and exterior as well as between the historical past (expressed in the fossil) and the present (expressed in the fleshy interior and the sizzling moldiness).
In Montauk Lighthouse No. 1 (2008), Sapir continues to explore Cryptids. This collage is a part of his lasting occupation with the “Monster of Montauk”; an unidentified creature that according to three female witnesses was washed away to the shores of the American recreation town. According to the witnesses, the dead (and beaten) creature was perpetuated in two photos, and later was found decomposed. Among the many speculations regarding the existence and origin of this monster, was that it escaped from a high secured research institution of the American government (Animal Disease Center), which is located nearby and is used since 2003 for research against Bio-Terrorism.

Giniger’s video work Leaving Living (2005) makes use of a windowless vacant house that “comes alive” by the use of a bulb-chain and a motion detector. The bulbs are turned on with the passage of every vehicle that drives through the one-way street. The light allegedly reveals a “home”. However, the image that appears vanishes as soon as the car passes, and with it, the illusion. Giniger uses occasional occurrences (passing cars) in order to investigate the relations between “existing” and “appearing”. “Appearing” can be groundless, but also holds something more solid, strong and real than “existing”. There is a conflict between the perceptions of the random drivers passing by the house who see a consistent reality (for them the house is permanently lighted) and of the visitors of the gallery, to whom the failed effort to indicate a border where borders are vague is revealed.

Ickowicz’ photograph Untitled (2010) is taken at the Jaffa promenade, where water burst forth and splashes the passersby. Similar to the viewers in Giniger’s work, who are waiting for the sudden appearances of cars (and light), Ickowicz stands with his camera waiting to capture the moment in which the waves burst. The appearance of the photograph in the gallery space, as the water attacking the passers, causes time to lose its (fictive) dimension as a flow. The work is like an abscission in time, occurrence that incises the present from the past. Paradoxically, Ickowicz’ work, the only one in the exhibition whose title is in Hebrew, remains “Untitled”.