25.06.2009
Gallery
Chelouche Gallery
Curator: Lea Abir
Guy Goldstein’s solo show Loot presents us with sculptural objects, a series of drawings and a sound work. The notion “loot” inhabits fundamental elements to Goldstein’s work, such as collecting and display. He collects and samples objects, images and voices that oscillate between the inanimate and the animate, constantly preserving the tension between the two states.
Read more >
Visit Artist Page > 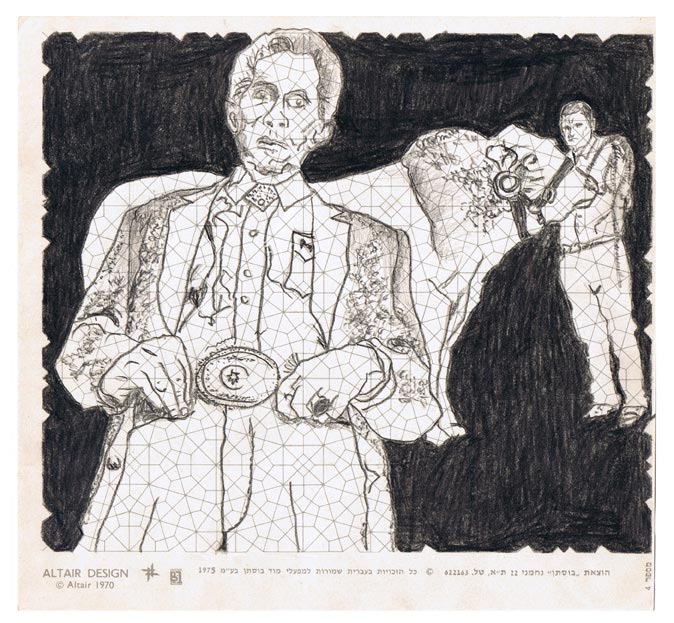 Guy Goldstein’s solo show Loot presents us with sculptural objects, a series of drawings and a sound work. The notion “loot” inhabits fundamental elements to Goldstein’s work, such as collecting and display. He collects and samples objects, images and voices that oscillate between the inanimate and the animate, constantly preserving the tension between the two states. These materials, handled by the artist, unfold in front of the viewers, displaying variety and multiplicity, but at the same time also demonstrating a dynamics of negation and concealment. Goldstein is a following artist, one who “comes after.” The things that lay in front of him, those caught in the net, he receives as an inheritance and displays them as loot. Dealing with the preset and the given allows for the breaking in and breaking loose, for assuming and relinquishing ownership and control, vis-à-vis the simultaneous, subcutaneous activity of internal drives.

The sculptural objects are made of leatherette sheets stretched over wooden supports. Using his fingernails, Goldstein scraped and plucked the upper plastic layer of these sheets, exposing their white fabric lining. The white cloths become a background for large suggestive colorful stains with plucked rims, which now seem like stretched skins. The artificiality and decorativeness now gain a preserving effect.

The sound work is based on a process of abstraction of a given sound – a human voice that is lowered, decelerated and fragmented. This voice becomes sound through receiving new values of time, duration and resonance, and new effective powers over man and object.

Goldstein’s drawings use grid sheets as their drawing surface. Originally, these sheets were used as “educational devices” – the children are encouraged to color their extensive geometric patterns in order to find different shaped, figures and textures within them in a free and independent way. The name that was given to these booklets, Altair, is derived from the Arabic term for “the flying eagle”, denoting the brightest star in the constellation Aquila. Different figures and scenes come into being in these drawing; most of them feature animals and generate different kinds of relations between them and human figures. These are not wild animals, nor are they domestic pets; the human figures radiate their self-satisfaction. They move between arrogance and indifference. Some of the images put on a didactic, almost medical face, resembling instructions for hunting or taxidermy – animal “handling” or anatomical sketches. The drawings’ technique transforms the patterned surface of the papers to a surface or a background, a basis for creating an image that usually disregards the lines of the patterned grid, sometimes using them as texture markers or possible contours. Thus Goldstein’s drawings come into being in the hectic zone between the silent, inanimate grid and the live, organic pattern.

This is the 4th solo exhibition of Guy Goldstein, who stands out as one of the more refreshing promises in young Israeli art. A multidisciplinary artist, working in various traditional and experimental techniques, Goldstein’s multi-layered work is saturated with autobiographical and psychological content. In the last few years he has established a corpus of works, impressive in its quality and extent. Guy Goldstein was born in 1974, lives and works in Tel-Aviv. MFA graduate from Bezalel Academy 2007, he exhibited in numerous museums and galleries in Israel and abroad, such as Herzliya Museum of Contemporary Art; Haifa Museum of Art; Kiasma Museum, Helsinki, Finland; Bat-Yam Museum of Contemporary Art and Syker Vorwerk, Bremen, Germany.