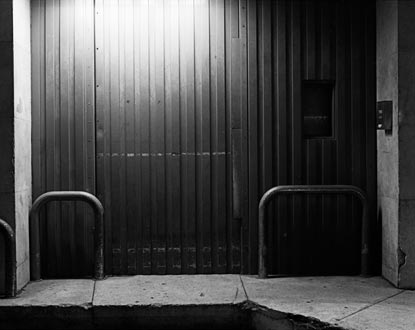 Since his graduation from the Musrara School of Photography in Jerusalem Gaston Ickowicz has revealed himself as one of the most promising young photographers in Israel and has focused a great deal of attention on the local art scene.

His work reflects an original, persistent, and uncompromising clear vision in each of the photographic projects he carried in recent years. His incisive eye coupled with extreme sensibility has brought him to address numerous complicated social and political issues also as a result of his deep involvement in the life of the country. His conscious and precise choice of subjects is an expression of his desire to decipher and understand the external reality of the country, and to hold up a mirror to Israeli society in an attempt to fix and improve all the wrongs in it.

In his original thinking and approach, Ickowicz attempts to analyze and decode the complex visual codes not only in a direct contemporary approach, but also in relation to the history of photography. His photographs of the second Lebanon war of 2006, for instance, while being a loud protest against violence and militarism, were also an intimate dialogue with Roger Fenton’s photographs of the Crimean war, as he applied similar visual strategies to a contemporary military conflict.

As Ickowicz’s work keeps evolving, his latest project, Dry, is a natural continuation in the persistent process of maturation. By directing his gaze to two apparently unrelated subjects: the public institutions deserted in the after hours, and the bareness of the desert (not a mere play on words which functions equally in Hebrew), he creates a puzzling dichotomy of vision and context. His decision to revert to black and white in the tradition of the 1970s focuses the viewer’s attention on form and content and enhances the emotional experience. The contrast between supposedly wide and open spaces and enclosed areas accentuate the broader social/political point of view in the work, which at times becomes very personal and enigmatic, as complex as the reality in the environment in which the images were created.

Tom Pnini: ‘Ballade to the Double’ | Solo Exhibition at the Israel Museum 2022