Centre Pompidou Paris
We congratulate Miki Kratsman for the acquisitions of three bodies of works: 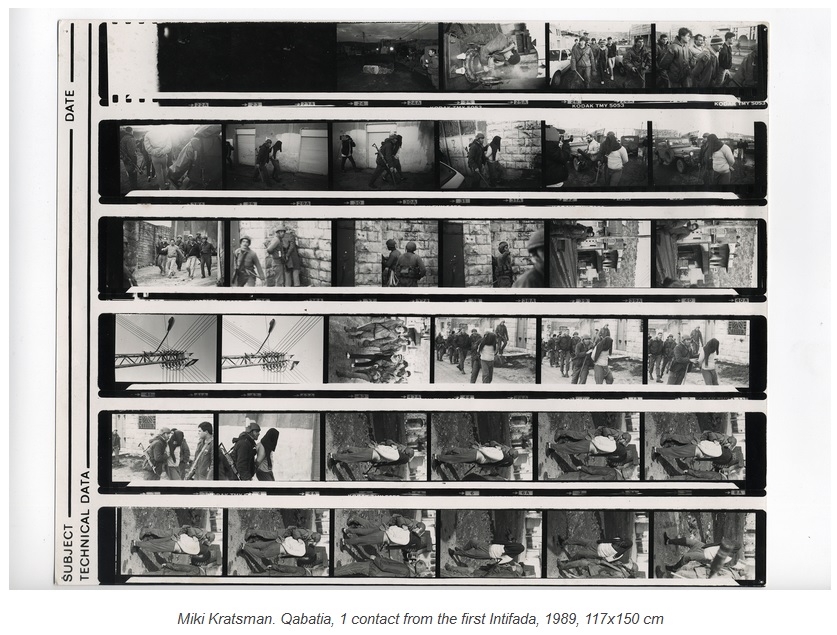 ■
Territory 2005
acquired 3 photographs from the series

The series Territory was taken at Gush Katif (a bloc of 17 Israeli settlements in the southern Gaza strip) during 2005, just a few months before the media-covered evacuation of the settlement and it includes photographs in black and white only.

The series exposes a silent, emptied out abandoned place in which the swing of settlement and wasteland flourishing seems to have evaporated or as if it had never really existed. The drama in these works is not in the ongoing occurrence seen in them but rather in the meaning derived from it.

The series demonstrates the dimension of fracture embodied in the situation, in a principal absolute manner, without connecting it to the political or ideological stance in relation to its circumstances.

Kratsman’s choice of the unique photographic format that creates a dark halo around the image and a focus on the object at the center of the lens creates a past tense and produces a feeling of remembrance. By doing so, the act of photography serves Kratsman not only as a possible mediator of the act of lamentation, of separation, but also as a catalyst that wishes to urge it. 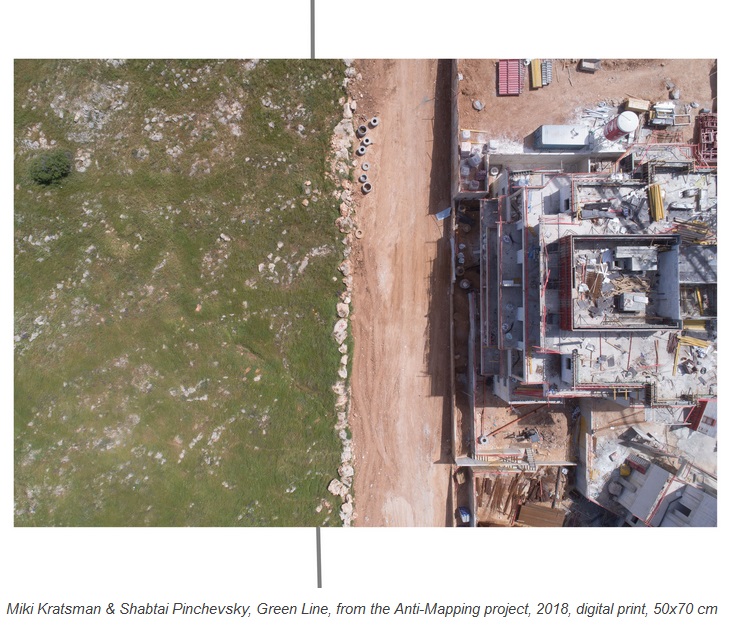 Anti-Mapping is an ongoing project with the aim to continuously map and produce geographical documentation as alternatives to the maps presented by the establishment, and thus bypassing the different restrictions of visibility enforced by the Israeli government.

Through the tool of aerial photography, made from the bottom-up, the project enables the reappearance of those absent geographies. Those are the geographies of the victim, the ones no longer there. Our actions can be limited to a single frame, directed at the emptiness of a landscape, in to order the represent those absent. The aerial photography techniques is used merely as the vehicle and testing ground for the strategies of representation. 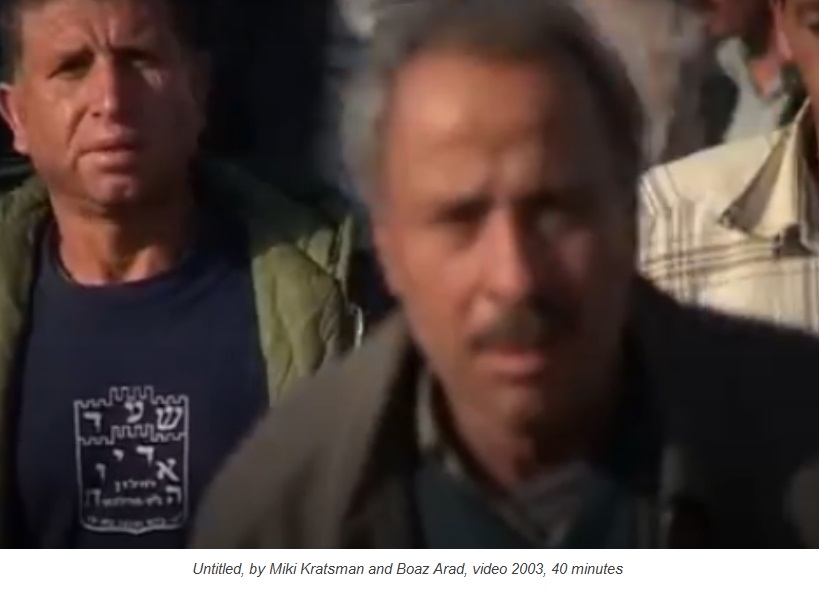 The video is about untitled people. It was shot at the Erez crossing by the border between Israel and Gaza strip.
Palestinian workers on their way home, after a working day in Israel, about 5pm. By midnight they are going to start their way back.
40 minutes, one shot

■■■
Israel’s highly distinguished photographer, Miki Kratsman has, for over 30 years, been infinitely committed to seriously documenting the evolution of the Israeli-Palestinian conflict, and mainly, its bitter consequences on the daily life of the Palestinian population. From Kratsman’s point of view, an accumulated documentation of this difficult daily routine – a routine comprised of different kinds of obstruction, death, memory, hope, insult, anger, hatred or acceptance – is more important, significant and even disquieting than any specific documentation of a potentially spectacular or extreme event .

Miki Kratsman was born in 1959, Argentina and immigrated to Israel in 1971. During 1993-2012 his photographs appeared regularly in “Ha’aretz” newspaper in the column “The Twilight Zone” on which he is signed together with the journalist Gideon Levi. In 2006-2014 he presided as head of the photography department of Bezalel academy of arts, Jerusalem, where he continues to teach and lecture. Kratsman is the fifth recipient of Robert Gardner Fellowship in Photography, Peabody Museum of Archaeology & Ethnology, Harvard University 2011. Winner of Emet Prize for Science,
Art and Culture, 2011. Exhibition AS IT IS. On Miki Kratsman’s Photography, La Virreina Centre de la Imatge, Barcelona, 2012. ArteBA artfair, Buenos Aires. Photobooth Solo project, 2014. Robert Gardner Fellow in Photography, Peabody Museum, Harvard University, 2015.
ICP list of 50 most “concerned photographers” in the world, 2016. People I met, Museum of Contemporary Art Chile Santiago, Chile, 2017 and at USF Contemporary Art Museum Tampa, Florida, 2018
Kratsman exhibits consistently, in Israel and throughout the world.