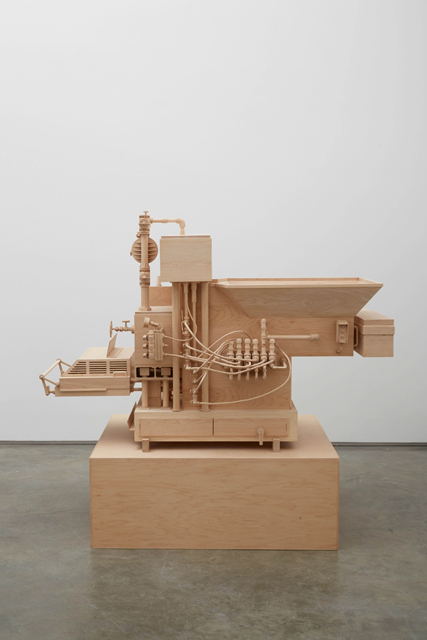 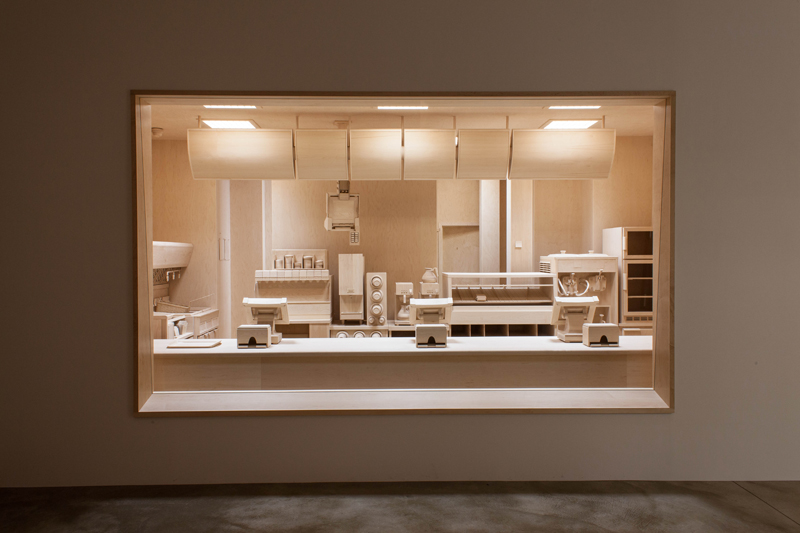 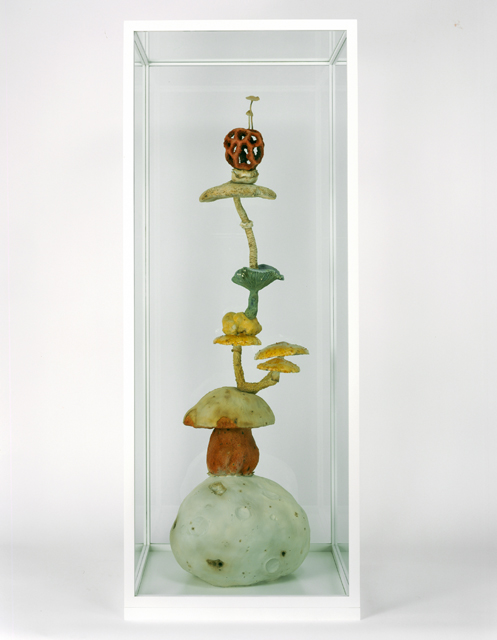 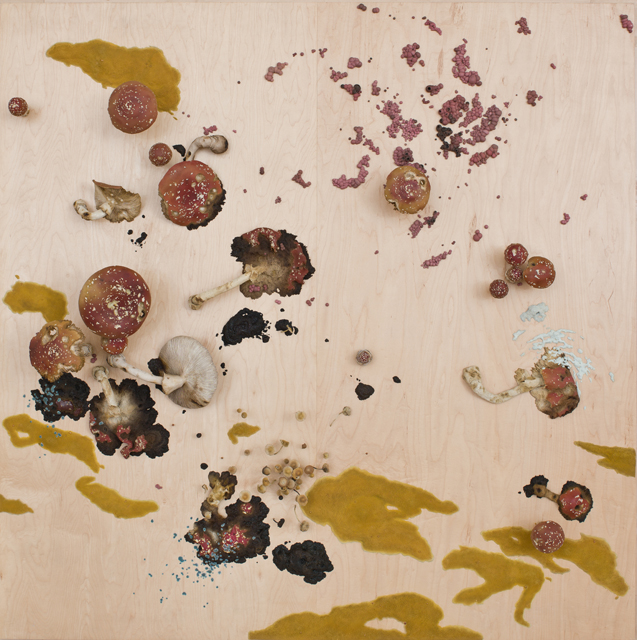 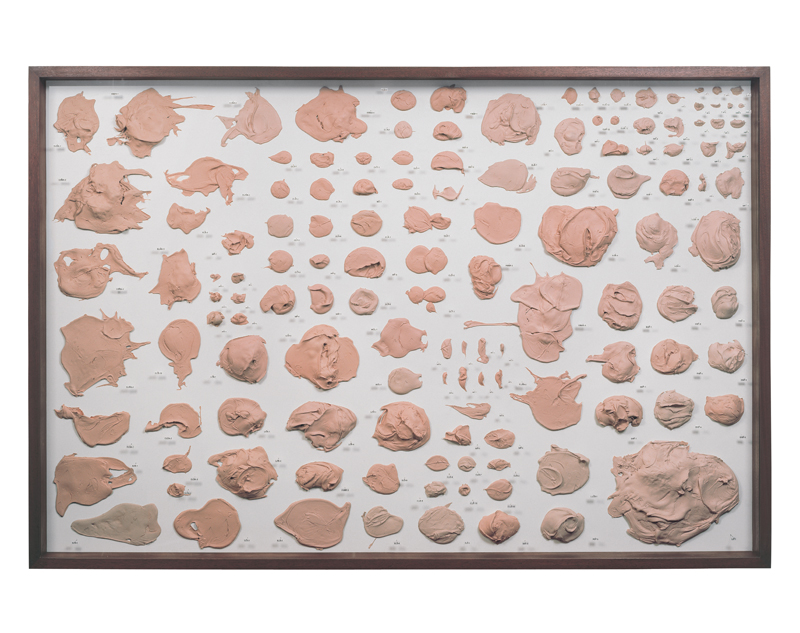 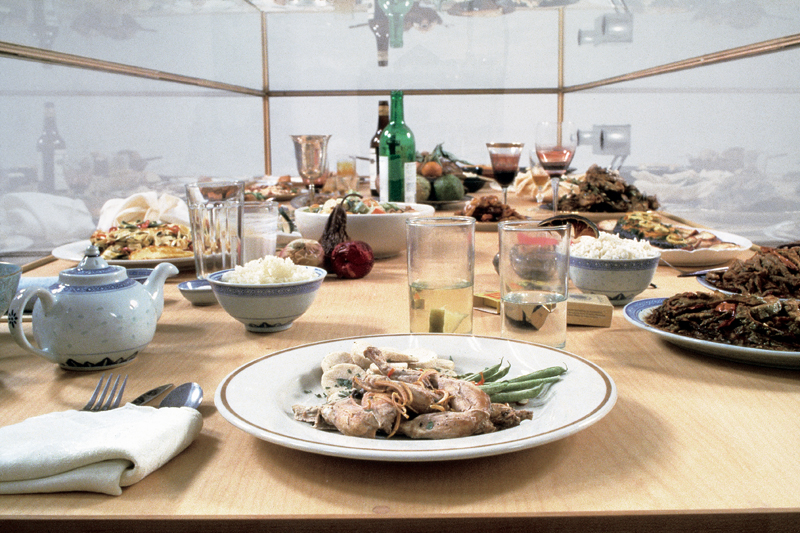 Roxy Paine’s works are discourses in the episteme, which is the concept defining any given era’s total body of knowledge. Most interesting to Paine, is that this determines what questions can and, more importantly, cannot be asked within the collective knowledge field. With his first solo show in New York in 1991, Paine established an early interest in the collision of conflicting impulses of information such as industry and nature, control and chaos, and form and theory. Paine describes his work as a translation between disparate realms of data and knowledge, testing principles of human potential, rigor and chance. The idiosyncrasy of his work lies in Paine’s sculpture-making process, where the physical object and conceptual idea are equivalent forces of meditation.

Paine’s work is a trajectory of several overlapping wavelengths: Art Making Machines, Fields, Replicants, Specimen Cases, Dendroids and most recently, Dioramas. With his solo exhibition, Apparatus, at Kavi Gupta Chicago | Berlin, Paine presented Carcass and Control Room establishing a new discourse in the Diorama.
Since 1990, Paine began showing his work in Williamsburg, Brooklyn where he cofounded the artist collective Brand Name Damages. In the early 90‘s, he quickly established a unique vision with works such as Where I’m at, Dinner of the Dictators and Placard Flinger. The first of his machines, Viscous Pult in 1990, consisted of three mechanically, rotating paint brushes each flinging ketchup, white paint and motor oil onto the gallery’s storefront glass.

His later art-making machines, such as the Paint Dipper, PMU (Painting Manufacture Unit) and the Erosion Machine juxtapose two conflicting impulses: the constraints imposed by data and code systems against the randomness of nature and chance. Paine’s “factories” resemble utilitarian models of production, but their results become questionable creations full of inefficiencies and nonidentical works.
“The blissed out or bored machine, who can tell, makes anywhere from between 80 and 200 passesdepending on the size of the canvas and thickness of the paint surface desired. Time seems to stand still,” writes Tan Lin. “Paine makes machines addicted to making paintings, to the labor of painting. He also makes hallucinatory, exquisitely unperturbed and minutely controlled replicas of mushrooms and poppies out of polymer.” Paine’s replicas – from a garden choked by weeds to a poppy flower oozing with harvest – transcribe the ordinary object into the psychoactive event. The banal and the hallucinatory are conceptually intertwined and often indecipherable components in Paine’s work.

The simultaneity of industry and nature is further seen in Paine’s stainless steel
Dendroids. The Dendroids, defined as anything branching or dendritic in structure, began as an early tree-like form in Bluff, exhibited in Central Park’s Whitney Biennial 2002, and evolved into the groundbreaking, neural and synaptic systems of Maelstrom exhibited on the rooftop of the Metropolitan Museum of Art 2009. Paine’s interest in stainless steel derives from its institutional use in pharmaceutical, food, gas and oil pipeline industries. The Dendroids began as a study of growth patterns in nature and developed into Paine’s recent interest in structures of the human brain and nervous system. This transformation can be seen in such works as One Hundred Foot Line, Neuron and Ferment.

Roxy Paine is the recipient of a John Simon Guggenheim Memorial Foundation Fellowship. He has permanently sited works at the Olympic Sculpture Park, Seattle, WA, National Gallery of Art, DC, Nelson Atkins Museum of Art, Kansas City, Missouri, the Modern Art Museum of Fort Worth, Texas and the Wanas Foundation, Sweden. He lives and works in New York.