Preview & Vernissage 22 April (by invitation only) 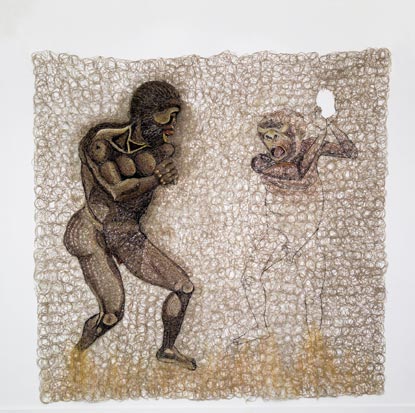 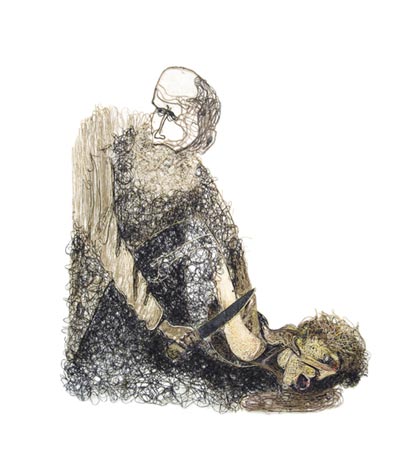 Assaf Rahat, born 1970, lives and works in Tel Aviv. Rahat is a graduate of the Midrasha School of Art in Beit Berl (1994-1998). He exhibited 7 solo shows, participated in numerous group shows, among them, Boy’s Craft at Haifa Museum of Art, and created a wall piece for the Yanko-Dada museum, Ein-Hod. Rahat’s works are created in singular, unordinary techniques using twine, sewing threads and plastic glue, industrial masking-tape, ink and water colors. His opt for unconventional materials results in expressive, disturbing and full of emotion works of art.
Rahat’s oeuvre engages with the relations between private space and the mental space: intimate descriptions of images from memory and introspects include domestic objects, faces, intimate scenes, sexuality and death. 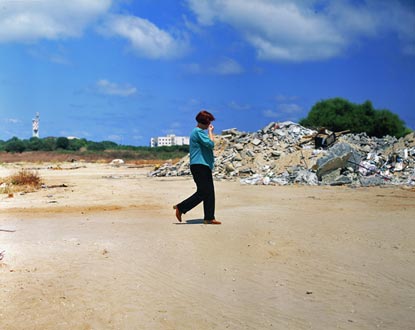 Gaston Zvi Ickowicz was born in Buenos Aires (1974) and immigrated to Israel with his family in 1980. Ickowicz’s works center upon landscapes, human portraits and the interaction between them in the context of social and political issues. His work has been exhibited in numerous exhibitions in Israel and abroad, among it at Tel Aviv Museum of Art, The Israel Museum in Jerusalem, Haifa Museum of Contemporary Art, Museum on the seam, Jerusalem, and Ashdod Museum of Art, Israel, Bremen municipal Museum, Germany, Silverstein Photography, New York, Jewish Museum, Amsterdam, Habres + Partner Gallery, Vienna, Austria, Nazar, Gallery of Photography, Dublin, Ireland, PS122 Gallery, New York, and Noorderlicht Photo Festival, the Netherlands. 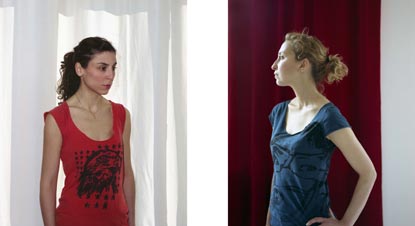 Melanie Manchot, born 1966, Lives and works in London and Berlin. Manchot is a foremost and internationally renowned artist who has exhibited since 1993 in museums and galleries across Europe and the USA, among them: Haus am Waldsee in Berlin, The Whitechapel Gallery and The Photographers’ Gallery in London, The Moscow Museum of Modern Art and the 1st Moscow Biennial, Goff & Rosenthal in New-York, the 52nd Venice Biennial, the Thessaloniki Biennale and Istanbul Biennale in 2009.

Miki Kratsman was born in 1959, Argentina and immigrated to Israel in 1971. His photographs appear regularly in “Ha’aretz” newspaper in the column “The Twilight Zone” on which he is signed together with the journalist Gideon Levi. Since 2006 he presides as head of the photography department of Bezalel academy of arts, Jerusalem.
Kratsman exhibits consistently, in Israel and throughout the world. Selected exhibitions: Venice biennale, 2003; the New Hebrews exhibition at Martin Grupios Bau, Berlin, 2005; the 2006 Sao Paulo Biennale and MARCO, Vigo, Spain, 2006; the Jewish Museum New York and the Museo de Arte Contemporáneo de Santiago, Chile, 2007; the Centre of Contemporary Culture of Barcelona (CCCB), the Katzen Arts Center, American University Museum, Washington DC, the Jewish Museum Amsterdam, The Jewish Museum, Frankfurt and Herzliya Museum of Contemporary Art, 2008; Felix-Nussbaum-Haus, Germany, Tel Aviv Museum of Art, Kultur Bahnhof Eller, Dusseldorf and Museum on the Seam, Jerusalem, 2009, Witte de With, Rotterdam, 2010. 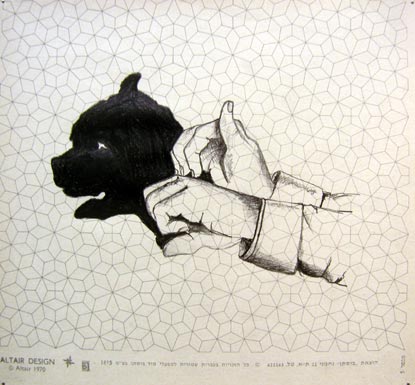 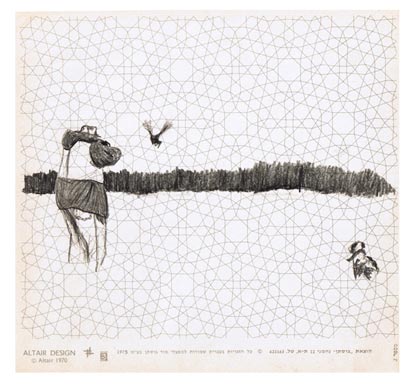 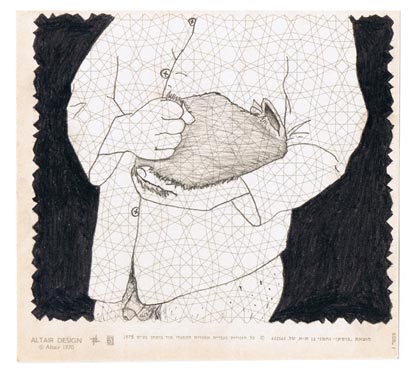 Guy Goldstein, born 1974, lives and works in Tel Aviv. Goldstein, who stands out as one of the more refreshing promises in young Israeli art is A multidisciplinary artist, working in various traditional and experimental techniques. Goldstein’s multi-layered work is saturated with autobiographical and psychological content. In the last few years he has established a corpus of works, impressive in its quality and extent. Guy Goldstein exhibited in numerous museums and galleries in Israel and abroad, such as Herzliya Museum of Contemporary Art; Haifa Museum of Art; Kiasma Museum, Helsinki, Finland; Bat-Yam Museum of Contemporary Art and Syker Vorwerk, Bremen, Germany. 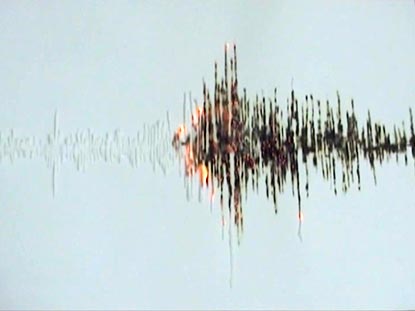 Gal Weinstein, born 1970, lives and works in Tel Aviv. Weinstein is one of the leading artists of the younger generation. His works are characterized by sensitivity to material and space, preoccupation with surface via inferior synthetic materials, camouflage and substitutes, and a fundamental ambivalence regarding the potential political content implied by the work. Weinstein represented Israel at the Sao Paulo Biennial in 2002, participated in The New Hebrews at the Martin Gropius Bau, Berlin in 2005, and had a solo show at the Helena Rubinstein Pavilion of the Tel Aviv Museum of Art in 2005, Huarte Contemporary Art Centre, Pamplona, Spain in 2007. Weinstein takes part in many other international shows throughout the world.