The festive inaugural exhibition “Re-Location” is celebrating the expansion of Chelouche Gallery and its move to “the Twin House”, a spectacular historical building in central Tel Aviv, designed and built in the 1920s by architect Joseph Berlin. The building is an outstanding, unique example of neo-classical architecture in 1920s Tel Aviv; a specimen of a period residential building adapted to local needs and built with state-of-the-art techniques brought to the country by Berlin. 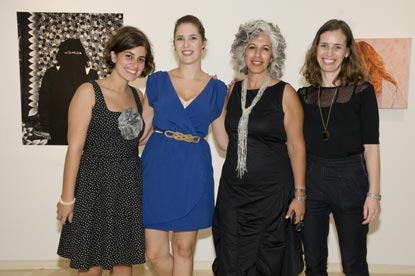 The western wing of the Twin House was transformed by Chelouche Gallery into a space for contemporary art, while carefully abiding by the strict preservation laws to maintain the building’s idiosyncratic character as well as its cultural and historical heritage. Chelouche on Mazeh offers a fascinating, enriching combination of Israeli and international art, in a manner which redefines the boundaries of art and culture, inseparably assimilating with the lively urban fabric of Tel Aviv.

The opening exhibition has set out to keep with the consistent agenda promoted by Chelouche Gallery to enhance the artistic dialogue between Israeli and international artists toward realization of a cultural-artistic vision and a commitment to continue playing a pivotal role in Tel Aviv’s cultural milieu.

The show addresses the notion of re-location on its various aspects, the re-placement of something shifted from its original location, while relating to physical, mental, social and philosophical contexts and exploring questions of movement, uprooting, transference, disconnection, shifting, and displacement.