The Annual Conference on the Prevention and Care of Pressure Ulcers

2019
Pressure ulcers are caused by the repeated or sustained application of force to an area of the skin. The application of force may occur in various fashions: protracted pressure or pushing on the same spot; extended, repeated friction or chafing; constant or repeated stretching. The ulcers are common in people with movement disabilities who experience difficulty in changing their position. (From Hebrew Wikipedia) The Annual Conference on the Prevention and Care of Pressure Ulcers – an installation by Yael Yudkovik at the Chelouche Gallery in Tel Aviv – assembles representations of women, 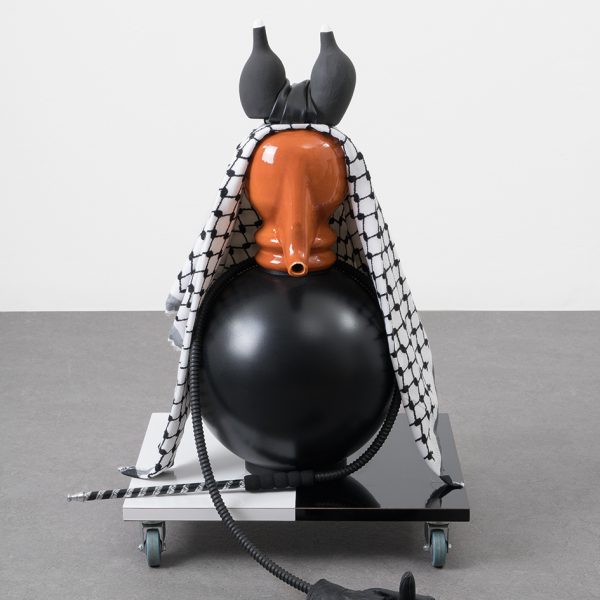 A unique encounter has taken place during the exhibition “The Annual Conference on the Prevention and Care of Pressure Ulcers,” at the Chelouche gallery in Tel Aviv. 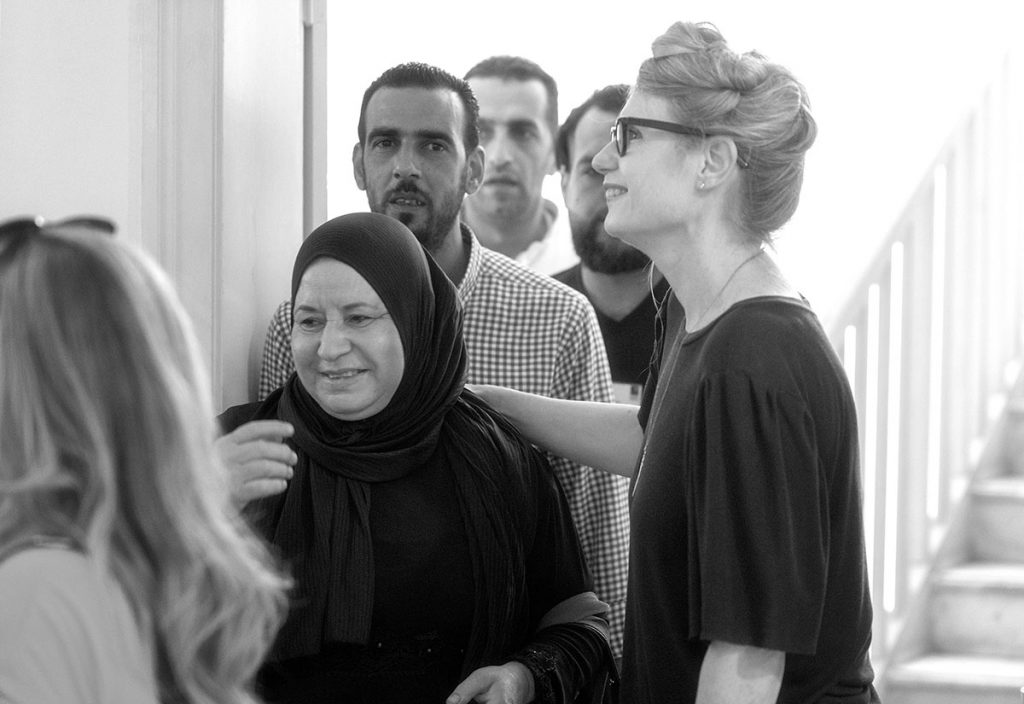 The Israeli Security Services authorized one-time entry to Israel of twenty Palestinians from various villages and towns in the West Bank, to visit the gallery. They were all members of the Israeli-Palestinian Bereaved Families Forum. For most members this has been a first visit to the city, and certainly to a contemporary art gallery. The reactions to the works, and the things said about them, were fascinating and moving.

The physical phenomenon of pressure ulcers has served in the exhibition as a metaphor to the spatial-conscious-mental state of the Palestinians under Israeli occupation. At this event, movement became possible for a moment. This highly ordinary yet so extraordinary meeting, under the occupation, has raised hope.

More photographs from the meeting